Proud to Be One of Ankeny’s Favorite Mexican Restaurants

For over 20 years, Cazador Mexican Restaurant has been a local staple in Ankeny, Iowa. A family-owned Mexican restaurant, we pride ourselves upon offering generous portion sizes and friendly, attentive service. Customers come in for our family-friendly atmosphere, award-winning food, and amazing drink specials, and they don’t leave disappointed. We do our best to make you feel like you’re a part of our family when you dine here. Readers of The Des Moines Register have voted us as “Ankeny’s Best Mexican Restaurant” for the past 15 years in a row, which is a tremendous honor. 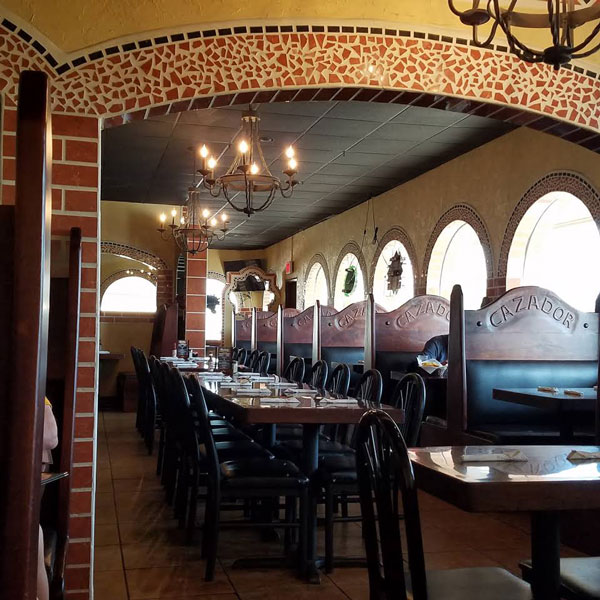 Jesus Rodriguez, owner of Cazador Mexican Restaurant, started his career in the restaurant business early. Beginning as a dishwasher in his uncle’s chain of Azteca® Mexican Restaurants in the Seattle area, he quickly worked his way up through the ranks to become a chef and then a restaurant owner himself. Jesus finally realized his dream of owning his own restaurant in 1993, when he opened Nuevo Vallarta with his sister in Pullman, Washington. In the late 1990s, he decided to relocate to Ankeny, Iowa, after discovering there weren’t many Mexican restaurants in the area. Wisely reaching out to this untapped market, Jesus opened Cazador Mexican Restaurant in March of 1998 and has never looked back.

Satisfy Your Craving for Authentic Mexican Cuisine 7 Days a Week

Although there are now many Mexican restaurants to choose from in the Ankeny area, our wide menu selection, bold flavors, and affordable pricing have made us a local hit since we opened. We’re open seven days a week for lunch and dinner with a full-service bar, take-out, and daily lunch specials to meet our community’s demand for authentic Mexican cuisine. Be sure to visit us today to see what makes us so unique.

Experience the Authentic Flavors of Mexico